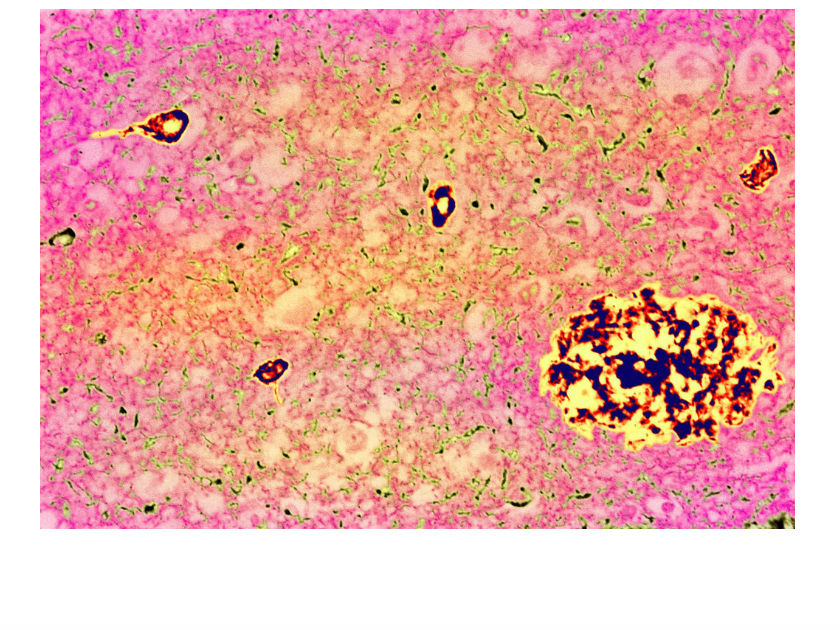 The long, discouraging quest for a medication that works to treat Alzheimer’s reached a potentially promising milestone on Wednesday. For the first time in a large clinical trial, a drug was able to both reduce the plaques in the brains of patients and slow the progression of dementia.

More extensive trials will be needed to know if the new drug is truly effective, but if the results, presented Wednesday at the Alzheimer’s Association International Conference in Chicago, are borne out, the drug may be the first to successfully attack both the brain changes and the symptoms of Alzheimer’s.

“This trial shows you can both clear plaque and change cognition,” said Dr. Reisa Sperling, director of the Center for Alzheimer Research and Treatment at Brigham and Women’s Hospital in Boston, who was not involved in the study. “I don’t know that we’ve hit a home run yet. It’s important not to over-conclude on the data. But as a proof of concept, I feel like this is very encouraging.”

Aside from a couple of medications that can slow memory decline for a few months, there is no effective treatment for Alzheimer’s, which affects about 44 million people worldwide, including 5.5 million Americans. It is estimated that those numbers will triple by 2050.

The trial involved 856 patients from the United States, Europe and Japan with early symptoms of cognitive decline. They were diagnosed with either mild cognitive impairment or mild Alzheimer’s dementia, and all had significant accumulations of the amyloid protein that clumps into plaques in people with the disease, said Dr. Lynn Kramer, chief medical officer of Eisai, a Japan-based company that developed the drug, known as BAN2401, along with Biogen, based in Cambridge, Mass.

Many other drugs have managed to reduce amyloid levels but they did not ease memory decline or other cognitive difficulties. In the data presented Wednesday, the highest of the five doses of the new drug — an injection every two weeks of 10 milligrams per kilogram of a patient’s weight — both reduced amyloid levels and slowed cognitive decline when compared to patients who received placebo.

Of the 161 patients in the group taking the highest dose, 81 percent showed such significant drops in amyloid levels that they “converted from amyloid positive to amyloid negative,” Dr. Kramer said in an interview, meaning that the patients’ amyloid levels dropped from being considered high enough to correlate to dementia to a level below that dementia threshold.

And on a battery of cognitive and functional tests measuring memory and skills like planning and reasoning, the performance of the high-dose group declined at a rate that was 30 percent slower than the rate of decline in the placebo group.

Dr. Sperling, who briefly advised Eisai last year on a different drug, called the reductions in amyloid “dramatic,” but said the cognitive results were less momentous. Still, she said, “If you could really slow decline by 30 percent for people who are still normal or very mildly impaired, that would be clinically important.”

Dr. Samuel Gandy, associate director of the Mount Sinai Alzheimer’s Disease Research Center, said that for the drug to really be effective, it would have to allow patients to function longer independently without needing caregivers to help them with basic daily activities. That kind of practical application was not reflected in the data presented Wednesday.

“I wouldn’t say this is a quantum leap,” he said. “It is a convincing moving of the needle. But it’s not clear that the needle has moved far enough to make a difference in people’s lives.”

Dr. Kramer said the results were statistically significant 18 months after patients began taking the drug, but improvement began to be noticed after about six months. The 253 patients in the group receiving the second-highest dose also had amyloid and cognitive results that followed a similar trend.

In December 2017, the companies reported that a statistical analysis of the trial at the 12-month mark projected that the drug would not result in a statistically significant slowing of dementia. That meant that the trial did not meet its primary benchmark, which caused some experts and investors to voice skepticism about the drug. The 18-month results allayed some of that skepticism, although the Alzheimer’s Association issued a statement expressing caution and saying the results were “not large enough to definitely demonstrate cognitive efficacy.”

The results came from a Phase 2 trial, which measures both the safety and the efficacy of a drug, but is typically considered an intermediate step to larger and more extensive Phase 3 trials. Other drugs have shown promise in Phase 2, only to disappoint in Phase 3.

In this trial, patients were randomized into six groups, with 247 patients receiving placebo injections while the other five groups received varying doses of the drug.

One unusual aspect of the trial raised questions for some experts. Eisai and Biogen used a cognitive assessment they devised. Called the Alzheimer’s Disease Composite Score (Adcoms), it draws on elements from three other, more established cognitive tests.

Dr. Kramer said Adcoms was developed to compile the measures from those three tests that were sensitive enough to measure change at such an early stage of dementia. The data presented on Wednesday indicated that the patients also showed positive results on two of the three established tests, when those were looked at separately.

Some potential Alzheimer’s treatments have resulted in serious side effects that may cause dangerous swelling or bleeding in the brain. Fewer than 10 percent of the patients taking the new drug experienced such effects, the companies reported, making it relatively safe.

The drug works by attacking the stringy amyloid tendrils that form before they begin sticking together into plaques. The results of the trial add evidence to the idea that treatment for Alzheimer’s is most likely to succeed if it starts early in the disease process, because the brain begins to deteriorate years or even decades before full-blown dementia occurs. Some other drugs have failed because they were tried on patients with more advanced Alzheimer’s; others attacked the amyloid at later points in its progression.

Even if study results continue to be positive, making the drug widely available to patients could take years. Dr. Kramer and Ivan Cheung, the chairman and chief executive of Eisai, said that the companies recently submitted a request to meet with the Food and Drug Administration to learn what steps they need to get the drug approved.

“It’s a bit premature to talk about at this point, but our goal is to bring BAN2401 to patients and families as soon as possible,” Mr. Cheung said.

The F.D.A. typically requires Phase 3 clinical trial data to demonstrate safety and effectiveness. However, the agency does have processes for expediting the review of drugs, said a spokeswoman, who declined to comment on this drug or on conditions that would be taken into consideration for an Alzheimer’s drug.

Eisai is the maker of Aricept, which is one of the few drugs that can help slow early memory decline, but which is effective for only about six to nine months. Biogen is the maker of another Alzheimer’s treatment, aducanumab, that has shown early promise in a small Phase 1 trial in both reducing amyloid and slowing cognitive decline. Many in the Alzheimer’s field are intently anticipating the outcome of two large clinical trials of aducanumab, expected to be able to report results in 2020.

Dr. Gandy said the BAN2401 results were encouraging for the prospects of aducanumab because it suggests that there are at least two compounds that may be able to attack both amyloid buildup and cognitive decline.

In early July, when the companies announced they would soon present positive results from the BAN2401 trial, the stock prices of both companies rose by about 20 percent. They have since stayed roughly at that level.